Where does Arsene Wenger go from here? After 22 years at the helm of Arsenal, the 68-year-old has every right to enjoy a relaxed retirement.

The Frenchman may yet return to management if the fire still burns inside, but as far as the Gunners are concerned this Europa League semi-final is Wenger’s last chance to get his hands on some silverware for the club he adores.

His counterpart at Atletico Madrid, Diego Simeone, may also be closing in on his last chance to land a trophy for his employer. He isn’t retiring or being sacked, but will this summer watch on as his squad is dramatically overhauled. Antoine Griezmann will surely seek pastures new as his long wait for a major trophy win goes on, and the talented keeper Jan Oblak and legendary frontman Fernando Torres may join him at the exit door.

Factor in the likes of Gabi, Juanfran and Diego Godin, all 33 or over, and we see an Atleti side heading for a state of flux. Regression from their high-flying exploits is expected.

So timing if of the essence for both of these managers, and it will be interesting to see who comes out on top in a tie which has all the hallmarks of a tactical, conservative affair.

Building a Wall: The Atleti Way 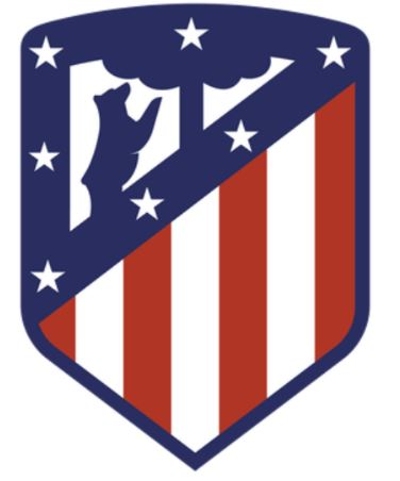 This first leg will be played at the Emirates Stadium, and Arsenal will want to take a lead to Madrid for the second given how strong Atleti are at home.

They have kept eleven, yes you read that correctly, clean sheets in a row at their new Estadio Wanda Metropolitano home and held Roma to a blank in their Champions League clash. They boast the best defensive record in La Liga too, having shipped just 18 goals in 34 games. In their four domestic duels with Real Madrid and Barcelona, they have conceded just three times.

That goes some way to explaining the task facing Arsenal, but it’s one they can attack with confidence given the form of Alexandre Lacazette and Pierre-Emerick Aubameyang lately.

The key could well be this first leg, where Arsenal will want to run up a comfortable lead. If Atletico have a weakness, it is in their away form; they are without a win in four on the road in La Liga and lost 0-1 to Sporting Lisbon in their Europa League quarter-final. Here, Wenger must seize his opportunity.

Simeone: A Master of Two Legs

As we’ve seen countless times before, these two-legged ties where away goals count are rarely over after the first rubber, and so an ability to maintain concentration and discipline over 180 minutes of football – or more – is essential.

In the past few years, Atleti have proven to be masters of the art under Diego Simeone’s canny leadership. Since the start of the 2013/14 campaign, they have beaten the likes of AC Milan, Barcelona (twice), Chelsea and Bayern Munich over two legs, and you wonder if that European nous will prove to be the difference in this clash.

Arsenal vs Atletico Madrid: The Verdict

Both teams have their own injury worries, but the news that Diego Costa is fit enough to take his place in the Atleti squad will be music to their ears.

The former Chelsea man has missed games of late with a hamstring injury, and probably won’t start on Thursday, but he will join the fray from the bench you can be almost certain of that.

Otherwise, the Spaniards have Juanfran out injured, with Sime Vrsaljko an able deputy.

Arsenal will be without Mohamed Elneny, who has found some form of late, and Henrikh Mkhitaryan, while Sead Kolasinac is a doubt. Mesut Ozil should be fit after shaking off an illness.

The betting market can barely split them in this first leg, with Arsenal 13/8 and Atletico at around 2/1. Truthfully, they are just too close to call.

And punters trawling the ‘to qualify’ market will be disappointed by the 8/15 on offer for Atleti to progress to the final after two legs; they are a worthy favourite, of course, but the price is a little stingy.

We must instead focus on this first leg and assume that Simeone’s defensive attention to detail will prove all important once more. Under 2.5 Goals is available at 8/11, and with Arsenal wary of shipping an away goal or two this match could descend into a low-scoring stalemate.