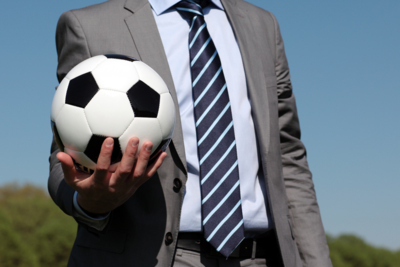 What sort of club do we want to be?

That is surely the thought process that any chairman and decision-makers at a football club employs prior to making a managerial appointment. That way they can get the right man first time, which builds stability and decreases the likelihood of having to fork out huge sums in compensation payments when they are inevitably sacked six months later.

At the time of their respective appointments, David Moyes and Sam Allardyce were canny enough acquisitions by West Ham and Everton. Both were in the brown stuff at the wrong end of the table, and employing a pair of seasoned old hands to rudder the ship was wise.

One top-flight status has been secured, that’s when success-hungry chairman and boards of directors start to get an itchy trigger finger. Are Moyes or Allardyce the type of characters to lead us into a bright future….or are they the proverbial ‘fire fighters’ who can stabilise but lack the nous to achieve forward progress?

The latter category seems to sum up Moyes and Allardyce well, and both have been dismissed in the past couple of days as their former employers look to ensure 2018/19 is rather better than what has come to pass.

The Toffees and the Hammers have already been rather active in their hunt for a new man:

If we take the bookmakers’ odds as gospel then the next Everton manager will be….Marco Silva.

The former Hull and Watford man was earmarked for the helm at Goodison Park prior to Allardyce’s appointment, but at that time Farhad Moshiri and co could not prise him from his new role at the Hornets.

But Silva was sacked soon after in what was a rather murky situation, and he has been waiting patiently for his next opportunity to come along. Watford actually complained about Everton’s conduct as they sounded out the Portuguese gaffer, and so the Merseysiders will be delighted to get their man in rather more legitimate circumstances this time around.

He is as short as 4/9 with the bookmakers, and his appointment is more in line with the dynamic lineage that saw Roberto Martinez and Ronald Koeman take the hotseat.

Allardyce doesn’t exactly fit in that mould with his preferred style of play being rather more pragmatic, and in truth he never quite won over the Everton faithful despite fulfilling the objectives set for him when taking control of a side hopelessly in the doldrums.

Silva inherits a rather flaccid squad lacking in star quality, and after heavy investment last summer it remains to be seen if Moshiri and co are willing to loosen the purse strings once more.

The identity of the Hammers’ next manager is much harder to predict.

According to the bookmakers there are three men in the frame, although yesterday’s favourite – Paulo Fonseca – appears to have gone cold on the idea after lengthening from 3/1 to 10/1 overnight.

The Mirror reported that he had met with David Sullivan at his mansion to talk terms, and the newspaper also claimed that Fonseca was witnessed viewing properties in the local area after his meeting with the owner.

But it would appear that the Portuguese manager has gone cold, and was perhaps using the Hammers’ interest to strengthen his position at his current employer, Shakhtar Donetsk, or attract the interest of other clubs from across the continent.

The ambitious Hammers are also reportedly considering a move for former Manchester City supremo Manuel Pellegrini, although they will need to prise open the bank vault if they are to convince the Chilean to leave behind a money-spinning contract at the appropriately-named Chinese club Hebei Fortune.

Pellegrini can be backed at prices ranging from 8/11 to 9/4; it might be worth having a flutter on those longer odds given the insinuation that somebody at those odds-on operators might just know something everyone else doesn’t.

A third name in the frame, Rafa Benitez, is also apparently under consideration, and he is as short as 11/10 with some sportsbooks to step into the breach at Olympic Park.

But is a move from Newcastle to West Ham a forward leap or a sidewards step? Benitez has restored his reputation after keeping the Magpies up, and he might just fancy another crack at a big once club again; the Hammers, no offence to their fans, simply don’t fit that remit right now.