In days of yore, if you got promoted you tended to get relegated the following season as the jump in quality was too much to bear; that was just the way things were.

These days, sides who make the step up tend to give it a really good go, and those outfits who are promoted from the Championship to the Premier League have a fairly decent survival rate, by all accounts.

It has been 20 years since all three promoted teams suffered immediate demotion, and in 50% of campaigns since 2007/08 only one of the newly-ascended sides has slipped back through the trapdoor.

All of which gives hope to Wolves – as if they needed it, Fulham and Cardiff, while setting the jitters of those supporting perennial strugglers a-jangling.

On paper, at least, the bottom half of the top flight looks set to be a competitive affair in 2018/19, so where does the smart money lie in the Premier League relegation betting market? 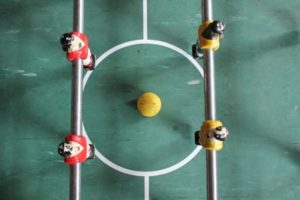 Let’s not beat about the bush here: it would be a huge surprise if Wolves suffered immediate relegation.

They are the eleventh favourites in the market with the bookies which hints that they are more mid-table fodder than relegation candidates. There may be backers at the 9/1 mark, but the West Midlanders have strengthened an already decent squad this summer, and you suspect that if they are in any trouble come January the cash-rich owners will invest heavily once more.

Fulham’s big spending has gone rather under the radar compared to that of Wolves, but the Cottagers have splashed out some £88 million this summer in a bid to stave off relegation.

And they’ve spent well, by all accounts. Jean Michael Serri is a classy operator who has been at the heart of Nice’s resurgence, while Andre Schurrle knows the division inside out after his time at Chelsea. Alfie Mawson, despite coming from relegated Swansea, is a highly respected young defender.

Perhaps their smartest bit of business is in recapturing Aleksandr Mitrovic, who blasted 12 goals in 17 starts on loan last term and has since signed permanent terms.

There is a tangible feeling of dynamism and progression at Fulham, and that could translate itself into a fast start in the top flight. Certainly, quotes of 9/4 on them to be relegated hold little appeal.

As for Cardiff City, well, the chimes of doom are clanging rather loudly. They are the bookies’ favourites to suffer relegation, and a summer of activity in which Neil Warnock has purchased mostly Championship players does not bode well. Are the Bluebirds planning for an instant return to the second tier? 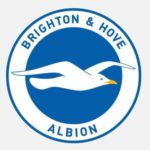 Key to Brighton’s survival last season was their canny movements in the transfer market, with the likes of Mat Ryan, Davy Propper, Pascal Gross and Jose Izquierdo all delivering performances that far outweighed their relatively small price tag.

Chris Hughton will be looking for similar from summer signings Ali Jahanbakhsh, Yves Bissouma and Bernardo, and some well-trusted observers have hinted that in the Iranian in particular he has landed a bargain.

Brighton won’t pull up any trees this term, but they avoided relegation by seven points last term and seem to have moved forward this summer. Survival is a distinct possibility.

Terriers Lacking Bite and Could Be Castrated

When sides continually over-achieve, eventually there comes a moment of reckoning: either they settle into the pattern of a ‘bigger’ club, or their days as small fry are realised and they regress to their mean.

You sense that Huddersfield’s moment of clarity will come this season. The Terriers haven’t really strengthened in the summer window, with David Wagner simply having to do the best with the weapons at his disposal.

Their Premier League record in 2018 reads W3 D4 L10; a measly haul of 0.76 points per game that would have seen them relegated at a canter.

At 6/5 to suffer that fate this term, there is plenty of value for punters to enjoy.

No Silver Lining for the Magpies

Chaos and disaster ever seems to be far away at Newcastle United, particularly as the power battle between Rafa Benitez and Mike Ashley wages on.

Once again, Rafa has been short-changed in the transfer window by the club’s owner, with the Magpies losing Mitrovic and Dwight Gayle to be replaced up front by Yoshinori Muto, a player who notched just 20 Bundesliga goals in three seasons for Mainz.

Fabian Schar isn’t the most reliable of defenders, while Mikel Merino and Martin Dubravka were at the club on loan last term.

Are Newcastle in a stronger position than they were 12 months ago? Not a bit of it.

Last season the likes of Jonjo Shelvey, Mo Diame, Ayoze Perez and Matt Ritchie delivered some of the best performances of their careers, but as statisticians will tell you that quartet is likely to regress to the mean this term; that is very bad news for the Magpies.

Quite simply, quotes of 5/1 on them to be relegated is ludicrously good value in this ultra-competitive division.