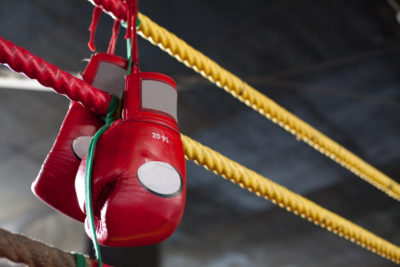 You can count on the fingers of one hand the amount of times a blockbuster boxing bout is as tough to predict as a 4/5 and Even money split with the bookmakers.

But that’s exactly the case here when Deontay Wilder, the WBC heavyweight strap-holder, takes on Tyson Fury, the lineal champion, at a venue and on a date yet to be confirmed.

Both parties have confirmed that a contract has been signed though, with a November or December date in the US – probably Las Vegas – most likely.

The bookies have scrambled to price up the bout, and in their view there is very little in it. Wilder starts as a slight odds-on favourite in the market at 4/5, but with Fury available at an industry-best mark of 6/5 the sportsbooks are refusing to rule out victory for the Gypsy King.

It has the feel of a 50/50 dust-up, and not because the fighters are similar in any way. Okay, so they are both loud, brash and prone to self-hyperbole, but their fighting styles could not be more different.

Fury is a technician in the ring, and for all his bravado and trash talk there is a very smart boxing brain in that giant head of his. He out-thought Wladimir Klitschko, as much as out-fought him, in that career-defining bout for both men, and it is not beyond the pail to suggest he has the ring smarts to outfox Wilder. ‘You can’t punch what you can’t see’, Fury reasoned when exchanging verbals with the Bronze Bomber in Belfast.

Mind you, get hit flush by a Wilder overhand right and you know about it. He’s only ever needed the assistance of the judges once in a 40-fight professional career; his other 39 opponents have been disposed of by knockout or stoppage.

A fascinating clash of styles awaits punters and spectators then, for a heavyweight bout which will be as entertaining in the build-up as it will between the ropes.

The Case for Tyson Fury

But for personal problems and a drugs ban – subsequently overturned, Tyson Fury could well still be the WBO, WBA and IBF world heavyweight champion.

He ripped those belts off Klitschko in a masterclass of defensive boxing on a balmy night in Dusseldorf back in November 2015.

Since then….well, not too much really, with a pair of comeback victories against two fighters who might be outclassed in a pub car park, let alone against a former heavyweight champion of the world.

And that’s the big concern for Fury fans….a lack of decent preparation.

A comb through the Gypsy King’s CV also reveals a fighter who has never really been tested. Klitschko aside, the biggest scalp is Dereck Chisora, a decent fighter on his day but one who was battling demons of his own in that period 2011-14.

The other worry is a suspect chin. Steve Cunningham, a 210lb featherweight compared to Wilder, dumped Fury on the canvas in their meeting a few years ago, and amplifies suggestions that if Wilder lands a trademark big shot, it could be curtains for the Brit.

It would seem as simple as this: if Fury can survive 12 rounds, his greater boxing skills will ensure he wins via the judges’ cards.

The Case for Deontay Wilder

One accusation of Wilder was that he had never fought anyone of any repute, but that has all changed in the past few years and he has some handy scalps on his CV these days.

Ortiz is a power puncher who has been mostly avoided in the past few years, and while Wilder found himself up against it he found a way to get through the tough periods and eventually stop the Cuban in the tenth.

A sign of a true champion is finding a way to win in any circumstances, and Wilder sure did that. The accumulative effect of his power punches was enough to slow Ortiz to a standstill by the end.

He does lack technical ability, but a decent amateur record – including a Bronze medal at the Olympics – often gets overlooked. He won’t be schooled by Fury, that’s for sure.

Fury is no stranger to heading overseas and taking care of business, and neither will his position of underdog concern him unduly.

He’s beaten one of the best that has ever laced up a glove in Klitschko, but a lack of serious names on his record in the past three years is a concern.

Wilder has been active in the past few years but remains fresh; the nice side-effect of winning fights by a comfortable margin. He’s relatively young, hungry and has his eyes firmly set on a future fight with Anthony Joshua.

Indeed, a Wembley date with AJ is the carrot for both fighters, and neither will give an inch here.

We’re siding with Wilder – just – on account of his greater activity. But we would not be foolish enough to write off Fury, he has shown in the past he can make fools of his critics.