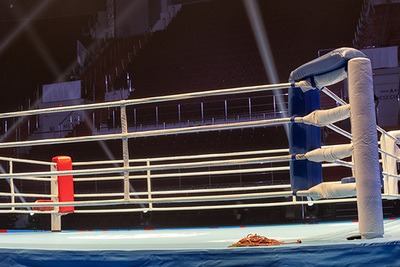 As the dust starts to settle in the heavyweight division surrounding the circus that is the Wilder-Fury fight, we turn our attention back to matters in hand.

Anthony Joshua will be stepping back in the ring after beating Joseph Parker back in March, so should be feeling relatively fresh. But, the Parker fight was a big one for Joshua and arguably more important than his win over Klitschko as he went the full 12 rounds for the first time.

Alexander Povetkin has been a controversial character having been banned for two failed drugs test back in 2017 but the mandatory challenger and former Olympic champion is set to provide AJ with one of his toughest tests to date having only suffered in single defeat in his 35 fights. Is Povetkin the man to stop the Joshua Juggernaut?

A lot had been asked about Joshua prior to the Parker fight; can he win ugly? There was always going to be a time when he needs to win ugly. All boxing greats need it at some point. AJ proved that he could and he did so relatively comfortably in the end against a formidable opponent that at the time, had yet to be beaten.

Povetkin will provide a different test to Parker though. He’s smaller at 6”2 and whilst his frame is almost dwarfed by AJ when stood shoulder to shoulder, the Russian comes with all the cold-war grit that you would expect of someone who, at the age of 39, has seen and done it all.

Whilst age is a factor in the fight, with Joshua some 11 years Povetkin’s junior, the Russian is at the peak of his game right now, impressively knocking out David Price in his previous fight, albeit, being floored by Price in that fight as well.

There is no doubt that if Joshua clicks on September 22nd in front of a sell-out crowd at Wembley Stadium, the fight might not last long. He has vowed to go back to his roots of being aggressive and explosive early doors, which saw him have 20 from 20 knockouts in the fight prior to Parker.

But, if Joshua is off, just slightly then Povetkin will be there to clean up the pieces in a way that Parker or anyone that he’s faced previously – Klitschko included – would be unable to. 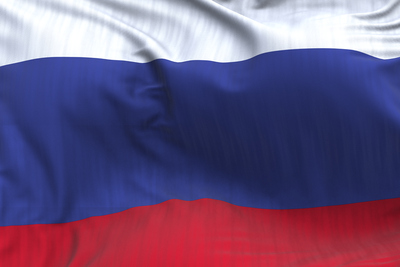 All the talk and build up will be about Joshua leading into this fight, and rightly so. He’s the potential to go on to be one of the greatest heavyweight boxers of all-time, and that’s not just hype, but fact!

Povetkin will have a very different game plan to Joshua. He will be looking to stay in the game early doors and try to exploit Joshua in the middle rounds, a time where we know that AJ has been vulnerable in the past.

He’s not going to blast him away and he likely won’t stand and trade with him, but Povetkin has a sledgehammer for a left-hook and if he is able to catch Joshua, is going to put him in a world of hurt.

He’s a fairly slippery character in the ring, but still has that bull-like complexity, typical of many Russian and Eastern European athletes.

The opening couple of rounds will be crucial for Povetkin and if he can keep his head – literally – then as the fight wears on, he can start to really get involved.

All predictions must lead to a Joshua win. whilst this fight is seen as a mandatory with Povetkin being next in line, if would be a shock to the boxing world if AJ were to lose this.

However, as Joshua starts to work through more fights and gain more experience, he is learning that to win, you don’t have to knock someone out, however exciting that is to watch and regardless of what he’s been quoted as saying as to how he’s going to come out “all guns blazing” for the knockout.

This takes away a massive amount of respect for Povetkin. He’s in the twilight of his career, no doubt about that, but he’s got a good number of rounds left in him and a devastating left hook. David Haye has been quoted as saying that he is the “best opponent that Joshua has faced, including Klitschko” which would indicate this won’t be as easy as many think.

A (large) points victory for Joshua is where our money would be going. He could also be potential to a late round group for a knockout as well, maybe 10-12 would be a good price at 13/2.

Where next for Joshua?

Providing that he does go out and get the business done on Saturday, the fight that everyone wants to see is against Wilder and to try and unify the division. This fight just has to happen, and it has to happen in the next 12 months.

When fighters dodge each other, like Mayweather and Pacquiao did for so long, the fight losses its credibility as one, if not both fighters might no longer be at their peak.

But, we can’t finish without talking about Tyson Fury as well. A lot of noise has been made between both Fury and Wilder for their upcoming fight in December, but as yet, nothing has been signed and jury is still out if it will be, at least so soon.

Fury has fought two punch bags, that he failed to look even remotely impressive against either. Wilder is a different animal to both of them and whilst the money will be there, could be too soon for Fury. But, and this is a big but, if the fight does happen and if Fury does win, maybe this could be the next route come spring time 2019 for Joshua?