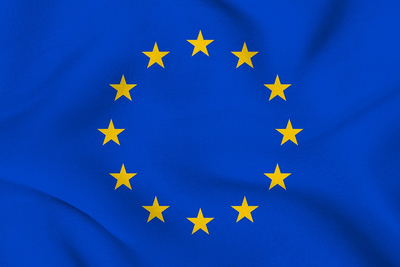 We’re into September now, and as well as questioning where the heck has this year gone (!?) we can at least look forward to the Ryder Cup towards the end of the month.

From September 25-30, teams representing Europe and the USA will lock horns at Le Golf National, in Paris, for the bragging rights and the Ryder Cup trophy.

It is one of the most eagerly anticipated contests in golf, with two banks of passionate supporters creating an atmosphere akin to a heated rivalry for the ages.

Team America are the defending champions after a straightforward romp four years ago, but Europe – with better players available to captain Thomas Bjorn this time around – could well the value bet at 7/5 to win the whole thing.

First things first, the two captains must select their four wildcard picks; the top eight are automatically selected based upon a ranking points system across the season.

As mentioned, both captains have four wildcard picks, and the simplicity of the task facing Bjorn in selecting his quartet has been made rather more complex by Matt Wallace, who won his third title since the start of 2018 in lifting the Made in Denmark trophy.

Now, Bjorn has a difficult choice to make: does he hand Wallace his Ryder Cup debut, or will he opt for a more experience feel in the likes of Sergio Garcia and Henrik Stenson?

There is a live betting heat as we speak, so let’s take a look at the ‘To Make European Team’ market in more detail.

The odds speak for themselves: Ian Poulter is all but guaranteed selection.

His record in the Ryder Cup is extraordinary, with a win percentage of 72% from 18 matches played, and everything about his personality – as is the case with Patrick Reed – confirms that he is the perfect candidate for team golf.

He’s enjoyed good times – winning on five occasions and never losing a singles match – and bad times as a Ryder Cupper, but now that his form has returned Poults is a no-brainer of a pick in Bjorn’s quartet of wildcards.

It’s been a good year for the Englishman, with victory at the Houston Open backed by a furthering of his match play credentials (tied fifth at the WGC Matchplay), a T11 return from the Players’ Championship and a top-25 at Le Golf National earlier in the year at the Open de France.

Yes, he might just end up getting selected, but the 1/10 seems ridiculously short on a man who has not enjoyed a particular good season.

He won two points at the 2016 edition and has featured in four Ryder Cups in all – again, crucial experience.

But the concern is his recent form. The Swede hasn’t really contended in any tournaments this year, ad it’s only top-ten finishes in the Masters and the US Open which prevent the 2018 campaign from being a complete write-off.

Will Stenson be picked by his old mucker Bjorn? Quite probably, but his current form is something of a worry.

Here’s an interesting potential selection. Paul Casey has not been able to take part in the last few editions of the Ryder Cup after withdrawing his membership of the European Tour, but he’s back in the fold and likely to get the nod from Bjorn.

The table below details Casey’s five top ten finishes on the PGA Tour this season.

The Englishman’s current form is something of a concern, but you suspect that Casey will be selected based upon his class alone; this is a man with 16 career titles worldwide after all.

One of those came earlier this season, and Casey is a safe pair of hands when compared to the likes of Wallace and Thomas Pieters; the former inexperienced, the latter a notorious hot head.

The Spaniard is another with a positive Ryder Cup record, having won points in 60% of his matches to date.

The 2017 Masters champion has not had a stellar year by any measure, but it’s a campaign that has been waylaid by getting married and witnessing the birth of his first child.

And besides, there have been signs of life. Garcia finished tied eight at the Open de France – the moment where he might have felt he’d done enough to secure his Ryder Cup spot, and three rounds in the 60s last time out at the Wyndham Championship.

Experience, and positive Ryder Cup experiences, might just win the day for Garcia.

The only player with a chance of upsetting that big four, you suspect, will be Matt Wallace, whose achievements since becoming a full time European Tour member speak for themselves.

He would be a curveball pick given his odd formlines. When he isn’t winning, Wallace isn’t really going close: he’s only recorded one top-10 finish in an event he hasn’t won.

Bjorn will no doubt put the call in and tell Wallace he needs to be more consistent before he will be considered for selection, but the 28-year-old’s time will surely come.