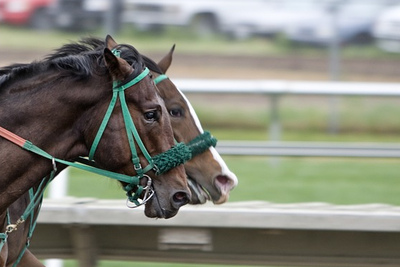 As the nights draw in and the mercury plummets so too does the curtain fall on the UK and Ireland flat racing season, which is now in its final throes.

There are a couple of final hurrahs to still enjoy, however, and arguably the pick of the bunch comes this week with the St Leger Festival at Doncaster.

There’s plenty of top notch action to enjoy across the four days, but clearly the focus has to be on Saturday’s sensational St Leger, the last of the five ‘Classics’ to be run this year and, of course, the oldest too with the first renewal taking place way back in 1776!

Even at this early stage, 15 runners have been declared, and the St Leger 2018 is shaping up to be something of an epic.

There are plenty of narratives to follow, with Andrea Atzeni looking for a third victory in five years in the race. He will have to take on the jockeys from the Aidan O’Brien yard, who has won two of the last five renewals, while big names including John Gosden, Sir Michael Stoute and Saeed bin Suroor have all trained the winner of the St Leger in the past decade.

The cream tends to rise to the top in this prestigious encounter, so who will take the honours on Saturday?

Kew Gardens is the Main Attraction

There’s a lot going for Kew Gardens. With Aidan O’Brien on training duties and Ryan Moore in the saddle, the fledgling of Galileo is already off to a good start, and favouritism in the St Leger market has come from a fine 14f victory in the Group 2 Queens Vase back in June.

A handy win at Longchamp followed, and the three-year-old caught the eye in the Great Voltigeur Stakes despite finishing third.

The winner that day, Old Persian, takes to the field on Saturday, but having never competed over 14f you would have to argue that Kew Gardens is the smarter wager of the pair.

He stayed much better than Old Persian in that 11f outing at York, and that was under a five-pound Group One penalty too. Afterwards, O’Brien said: “We were delighted with Kew Gardens at York.

“It wasn’t ideal under the penalty, but he had to have the run and we just thought that was the perfect place to give him his prep.

“Ryan was delighted with him, he obviously stays further and we always thought that Doncaster would suit him.”

Ballydoyle Connection Could Take Some Stopping

As if having Kew Gardens in the field wasn’t enough, the Ballydoyle yard have a few other fancies with each way chances, the table below showing the full contingent entered from Aidan O’Briens yard.

A proven performer over the 14f mark, Southern France looks a decent stayer in the making.

He was fourth behind stable mates Flag of Honour and Giuseppe Garibaldi in the Irish St Leger Trial, and prior to that had troubled Kew Gardens in the Queens Vase.

Quotes of 10/1 are reflective of inexperience, but a podium finish is not out of the question.

Giuseppe Garibaldi is another with an impressively building CV over 14f, but has twice lost out to Flag of Honour, who at 14/1 looks a standout proposition.

A winner of the Irish St Leger Trial and the Curragh Cup, it has been suggested that O’Brien has eyes on sending the bay elsewhere, but if he stays in the field at the final declaration stage he represents a fine each way punt.

Best of the Rest May Run Out of Gas 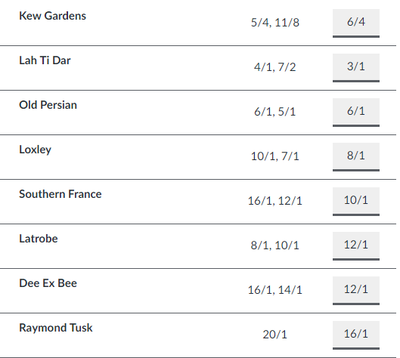 Others in the field tend to have a few too many question marks about them for our liking.

Lah Ti Dar (3/1) has enjoyed a fine start to her career, but will she stay the 14f trip? There has been no conclusive evidence to suggest the John Gosden filly has the necessary gas in the tank, and this Group One affair may have come too early.

Godolphin Racing has six St Leger winners to their credit, and they will be looking to Loxley (8/1) to add a magnificent seventh at the weekend.

He’s ran well in France this summer, but again we have no idea as to whether the 14f trip will suit a horse who has only twice ran over greater than 10f.

Dee Ex Bee (12/1) is without a win in 2018 and has lost out to two contenders here in Kew Gardens and Latrobe (12/1), who looked well short of Group One class when seventh of eight in the Juddmonte last month.

Raymond Tusk (16/1) will have Doncaster specialist Atzeni on board, but he too has work to do to show that 14f is his natural trip.