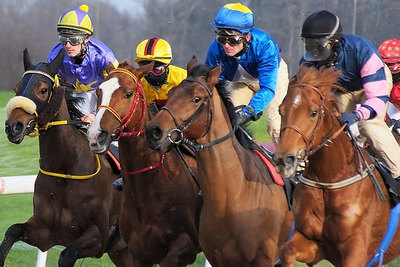 There’s that old saying in life that it’s always ‘best to leave them wanting more’, and that is exactly what will happen on Saturday when the curtain falls on the flat racing season of 2018.

To mark the occasion, there’s the small matter of one of the richest and most prestigious race days in history.

The Champions Day at Ascot will crown the best flat racers around, and if that status wasn’t enough there’s also the total prize fund of £4.35 million to whet the appetite!

The six-race card brings with it the culmination of the British Champions Series, with the best in the business set to be coronated at each of the key distances.

The Racing Post reported earlier in the week about the heavy downpours that have besieged Ascot, and the chances are that will impact upon how the action unfolds on soft ground come Saturday.

How will that affect our British Champions Day betting tips? Let’s find out.

By our reckoning, this year’s edition features one of the best pound-for-pound horses on the planet.

Third in this race 12 months ago, and just a length back to Order of St George, Stradivarius is a year older and unbeaten in 2018 on the back of some outstanding performances.

The Gosden colt has won the Yorkshire Cup, the Goodwood Cup Stakes, the Lonsdale Cup and the Ascot Gold Cup this year alone, and with big wins over trips ranging from 13f to 19f it’s fair to say this is a stayer for all occasions.

There are some other talents in this race – Flag of Honour chief among them, but that Aidan O’Brien three-year-old, who has enjoyed a fine campaign in Ireland, will be making his debut at the 16f mark.

We were expecting Stradivarius to be prohibitively odds-on here, and so were delighted when the ante-post market opened and he was stuck in at 10/11. This is, arguably, the bet of the day.

What a cracking renewal this could turn out to be, with a case able to be made for a number in the field.

The Tin Man bounced back to form last time out with victory in the Sprint Cup Stakes at Haydock, where he bested Brando, Harry Angel and Tasleet, amongst others. That put to bed some of the concerns arising out of the Diamond Jubilee Stakes, where he was comprehensively outclass in slick conditions at Ascot.

Librisa Breeze won that day, but a hopeless 2018 – no finish better than fourth in a quartet of races – will be enough to deter many punters.

Harry Angel is one of those horses that has a tendency to confuse. He looked like he had the world at his hooves as a three-year-old, but a pair of completely indifferent performances in Group 1s this year suggests those fires have been extinguished.

We’re not entirely convinced by Brando’s chances on soft ground, and so by the form book we have to side with The Tin Man in what should be a competitive affair.

A step down in trip to 12f might just work wonders for Lah Ti Dar, who was outgunned by Kew Gardens in the St Leger over a longer mark.

The John Gosden filly had enjoyed a couple of serene victories in listed races over the shorter distance, and given the heavy ground a reduction in trip should suit.

The four-year-old has run a couple of notable races in Group 1 affairs this season, with a pair of runners-up finishes in the Yorkshire Oaks and the Grand Prix de Saint-Cloud and a lengthy third in the King George.

So the John Gosden filly has hung with excellent company before, while Lah Ti Dar remains rather unexposed. It will be interesting to see if experience wins the day here.

It has been a stellar year for Roaring Lion, who has cleaned up over the 10f mark.

A pair of convincing victories in the Juddmonte and the Irish Champion Stakes have had punters on red alert all summer long; surely the grey would be given a crack at the Champion Stakes?

It appears not, however, as the rain may force a step back in trip to 8f for the Queen Elizabeth II Stakes instead.

How will that affect him? It’s clear that his best days have come over the longer distances, and so the Gosden colt looks a sketchy favourite at 7/2; notwithstanding his team’s decision on which race he participates in, which will come on Thursday.

An experiment to turn Laurens (6/1) into something of a stayer backfired, and back at the 8f mark the bay filly has really shone this term.

A dual Group 1 winner, the French horse has a decent turn of pace and will be more than a match for anyone in this field; Roaring Lion included.

If Roaring Lion doesn’t feature here, then it’s likely the Champion Stakes will become a head-to-head clash between favourite Cracksman and next best Crystal Ocean.

You could argue that the field is weaker this time around, and that while the four-year-old has not been at his best this term it has still brought a pair of Group 1 victories.

Cracksman’s sire, Frankel, won the Champion Stakes in his final outing, and so the headlines are crying out for another victory for the Gosden fancy here.

Outclassed by Enable last time out, Crystal Ocean has a habit of being the bridesmaid rather than the bride.

Second in the St Leger and the King George, there is evidently talent in the four-year-old but Cracksman, who has been there and done it, is arguably the smarter bet.