Skip to content
When a football club sacks the manager that has led them on a generally downward spiral for a number of years, the supporters of said club typically experience feelings of positivity and optimism. A change is as good as a rest, and all that.

You can forgive Stoke City fans this morning then for feeling rather underwhelmed by their club’s appointment of Paul Lambert as new manager until the end of the season. Indeed, the feelings on social media seem to range from complete indifference to absolute, inordinate rage.

You can see where they are coming from, too. The Scot has left his last two jobs after less than six months in the hotseat….and both of those were in the Championship.

But as we know, football fans tend to be a cruel and often short-sighted bunch, so the first question we have to answer is: is Lambert as bad an appointment as everybody makes out? 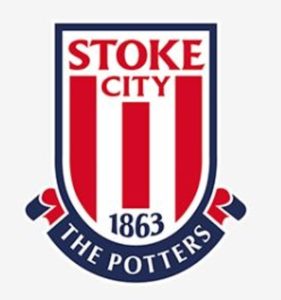 Looking at the Premier League table, the first thing that Stoke need to do is fight some fires: critically, they need to get out of the relegation zone as quickly as possible.

When we look back through the annals of time there have been some managers that have specialised in quickly elevating teams out of the doldrums, and somehow energising the players to deliver better performances. Just take a look at Everton under Sam Allardyce: they turned into world beaters for the first few games (before mediocrity set in once more.

The good news for Stoke fans is that Lambert has something of a history of keeping sides up. He did so at Norwich in their first season back in the top flight in 2011/12, he kept Aston Villa up in 2012/13 (signing Christian Benteke along the way) and 2013/14, and in his sole campaign in charge of Blackburn Rovers he consolidated a side that looked damned to relegation to League 1 (which they would latterly succumb to).

How Lambert’s tenure at Blackburn ended is something of a thorny subject – did he walk or was he pushed?, although there’s no doubting how his time at Wolves came to a premature end. Following Chinese investment and the introduction of a stable of Portuguese players thanks to ‘super agent’ Jorge Mendes, the West Midlanders naturally sought a more continental approach to the game which the conservative Scotsman simply could not offer.

And that brings us up to the present day. So as we say, you can see why Stoke fans were disappointed – they would have wanted a ‘name’ appointment, but in the context of short term, top flight survival the club’s owners have employed a man that has been there, done it and got the scars to prove it.

So the next question has to be whether Lambert can turn around this Stoke side or not….and will he be supported in the transfer window.

The Potteries side have the worst defensive record in the Premier League, and clearly that will be the first port of call for Lambert to investigate. It was something he did with great success at Villa: defensive organisation became his forte. Often the Villains would go through matches with 25-30% possession, so unfortunately for Stoke’s supporters a few months of stoic football await.

The root of their woes has undoubtedly been their away form: they boast the worst record in the division at W1 D3 L7 and a goal difference of -17, and that was a problem that Mark Hughes simply couldn’t solve.

A decent record away from home is based on sound defensive principles: it’s no secret that the top three ‘away teams’ – both Manchester clubs and Chelsea – have conceded fewer goals on the road than anyone else.

Again, this is an area that Lambert will aid them with; although it will mean an end to the expansive football, at least attempted, under the Hughes regime.

The timing of the Coates family’s decision to oust Hughes is no coincidence: those are half-dozen agreeable fixtures coming up, and they will hope to take a minimum of six points from the trio on home soil at the very least.

If Lambert can help to produce the upturn in form which typically greets a new managerial appointment, Stoke could be well clear of the bottom three come March. They are available at odds of 8/13 to stay up, and that could soon look like a sound investment indeed.