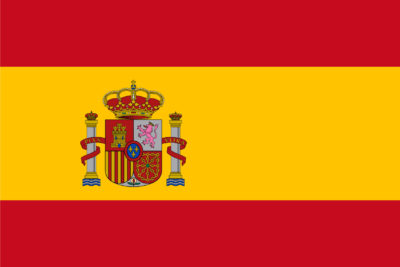 The 2018/19 La Liga campaign kicks off this weekend, and the key narrative many are focusing on is just how will Real Madrid cope without Cristiano Ronaldo, who has moved on to pastures new.

Really, it’s a question with an almost immaterial answer. Even with the Portuguese ace, the Galacticos finished some 17 points behind champions Barcelona last term, and that hints at bigger problems that just one man can solve. Factor in an inexperienced manager at club level, and Real appear to be on the wane.

Not so Barcelona, who will go with a ‘same old, same old’ approach that has served them so well. Ernesto Valverde remains in charge, and he has retained largely the same group of players. The Catalan outfit will take some stopping this term….

There are three new teams – Rayo Vallecano, Huesca and Valladolid – to ponder as well as the relegation and top goalscorer markets, so without further ado let’s take a trip to Spain with our La Liga betting tips 2018/19. 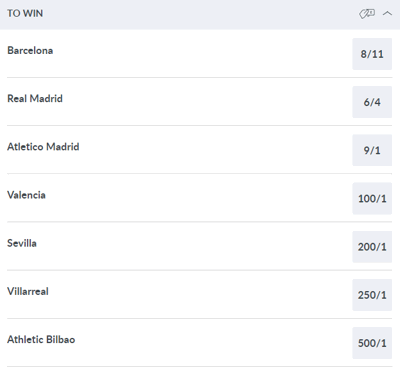 There’s no point beating about the bush: 8/11 on Barcelona retaining their title is a fantastic price.

They have moved some fringe players on during the summer – Yerry Mina, Lucas Diagne, Aleix Vidal and Gerard Deulofeu, held on to their big guns ad recruited well: Arturo Vidal adds class to midfield, Clement Lenglet is a solid back-up defender while Malcom and Arthur – two names that conjure up images of post office employees, not sexy footballers – are highly-promising indeed.

Last season Barca claimed 93 points, scored 99 goals and ended up with a goal difference of +70; there is no suggestion they are any weaker this term.

What a curious summer for Real Madrid, who have so far yielded a positive net transfer spend – almost unheard of! The £100 million they made from Ronaldo’s sale has been reinvested in Thibaut Courtois and Vinicius Junior, a flying 18-year-old winger from Flamengo.

There is class in abundance in this Real squad, but their transfer dealings don’t suggest a 17-point deficit to Barca can be overcome in 2018/19. Julen Lopetegui, sacked from his only high-profile club role at Porto after a trophy-less season, does not blow the mind as the club’s new manager.

Indeed, it’s probably easier to be more positive about their Madrid neighbours, Atletico. The likes of Jan Oblak, Diego Godin, Saul Niguez and Antoine Griezmann remain at the club, and have been supplemented by the exciting Thomas Lemar from Monaco and the mercurial but talented Nikola Kalinic.

But it’s Barcelona all the way for us, with Atletico arguably in a better place to chase them down than Real right now.

It’s a funny market because Barcelona and the two Madrid outfits are almost guaranteed a top-four finish, and so we’re scrabbling around for one place.

That’s why it doesn’t represent smart value to get involved, although if you insist then perhaps Valencia at 2/1 are the sensible play.

None of the trio of promoted teams particularly inspire; particularly Valladolid, who were promoted via the play-offs after gaining a paltry 67 points from 42 games.

At 5/4 we’re delighted to get involved in Valladolid’s relegation, and when you look at the teams who finished just above the dropzone last year, you’d have to say that Leganes, Levante, Athletic Bilbao and Alaves have enough about them to stay up in 2018/19.

Valladolid are the pick of the market for us, although the 9/4 on Rayo Vallecano suffering immediate demotion is fantastic value too.

Messi, Ronaldo, Suarez….between them, that trio has won the La Liga golden boot every season for the past decade.

Last season Messi finished eight clear of the field, with 34 goals compared to 26 from Ronaldo, 25 from Suarez and 22 from Iago Aspas. The likes of Griezmann, Bale and Benzema were barely in the frame.

And so our investigations lead us towards Messi and Suarez once more this time around. Messi is the smart bet at 8/13, although Suarez at 4/1 – with only his clubmate to beat, possibly – might just be worthy of a flutter.