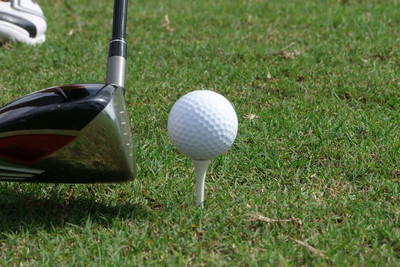 When you’re a golf punter, you don’t need any reminding about how fast the years go by these days.

There are markers and waypoints throughout the golf calendar, and from looking forward to the new season, which was seemingly yesterday, we are now previewing the final major of 2018.

The PGA Championship often has something of an afterthought vibe to it, and that’s certainly the case this year with the Ryder Cup taking precedence somewhat at this late juncture in the campaign.

Nevertheless, the vast majority of the best players on the planet will tee up at Bellerive Country Club, and from a betting perspective that means we can sink our teeth into some huge prices on some supremely talented players; and typically with most bookies offering eight places or more for each way punts.

You’ll find Bellerive Country Club on the map in St Louis, Missouri, which at this time of year is renowned for its almost wind-less heat.

That appears to be the format this week, with temperatures around the 31° mark met with minimal breeze.

Bellerive isn’t really used all that regularly on rotation, with the 2008 BMW Championship the last time it was used for an event of relevance. What we do know is that it is a long Par 70 that will play at roughly 7,300 yards, with only two Par 5s and six of the Par 4s measuring a meaty 450 yards or more.

With the rough up, it’s a course where long, straight hitters should thrive, particularly as the green complexes are littered with tiers and undulations that have become the architect Rees Jones’ trademark.

Basically, the further you hit it off the tee (assuming you’re in the fairway) the easier it will be to find the right portion of the green to make a one-putt escape.

So, the longer hitters should benefit, but only the studied ‘bombers’; those who go full throttle from the peg and find themselves in the thick stuff are likely to come up empty handed.

And, of course, this being a major it’s an event that will take a steady putting hand to get the job done, and there are only a select band of major champions in this field.

That’s not to say a maiden winner cannot be crowned, but if you’re spending your hard-earned on a flutter or two it is perhaps wise to minimise risk by backing those who have been there and done it before. 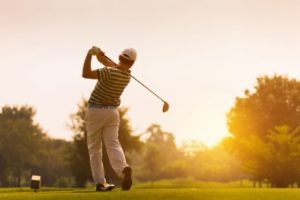 As ever, there are some obvious candidates at the head of the market, as well as those that can be eliminated.

From the top down, Dustin Johnson and Justin Thomas have obvious appeal, and a case can be made for another pair: Brooks Koepka and Jason Day.

But after his meltdown on Sunday in the WGC Bridgestone Invitational, Rory McIlroy has to be swerved at such a low price, while Jordan Spieth is hopelessly out of form.

Does Jon Rahm’s short temper mean he is unlikely to prosper on more difficult courses where the conditions are tough? Possibly, and we’re happy to swerve the Spaniard.

Rickie Fowler, for all his talent, has only won four PGA Tour wins to his name in more than six years – Thomas has won seven times since the start of 2017, for context – while Justin Rose had to withdraw from last week’s tournament with severe back pain.

It’s a process of elimination which works quite nicely in these big events….

So, if you’re looking for a value bet, why not back Dustin Johnson and Justin Thomas? If you take the latest market prices in the win only market, you will win a minimum of seven units of profit should either man get the job done.

If we stick to the basic blueprint of long, straight drivers who perhaps have the mental fortitude to win a major, then a few longshots for the PGA Championship reveal themselves.

It’s slightly unfair to call Paul Casey a longshot, but at 55/1 that’s what the bookies are presenting him as. It’s bizarre: he’s been in excellent form since winning the Valspar Championship earlier in the year, and he typically gives a good account of himself in the majors Stateside as his efforts in the US Open and Masters this season confirm. One of the cleanest ball strikers on the planet, and with the exaggerated number of each way places available, Casey is a must back.

If you do your homework, you’ll find quotes of 100/1 available about Kyle Stanley, another premium ball striker who has a PGA Tour title to his name. Second in the WGC Bridgestone Invitational last week, Stanley ranked third for Strokes Gained: Tee to Green and sits third in the Total Driving stat, which measures both accuracy and distance off the tee.

And if you’re looking for a complete shot in the dark, how about a flutter on Aaron Wise at 175/1? He finished sixth at the WGC Bridgestone, and he’s another player with plenty of power and precision off the tee. A maiden tour winner at the AT&T Byron Nelson earlier in the season, could the 22-year-old be a wise play this week?