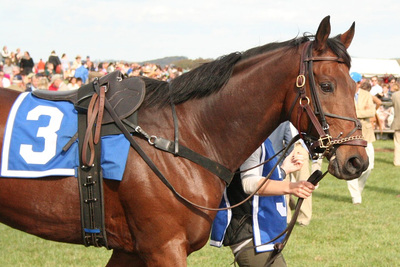 The National Hunt campaign is just around the corner, and so we’re now into the final throes of the flat racing season.

There’s the mouth-watering prospect of the Prix De L’Arc De Triomphe to savour next week, but this weekend the attention is firmly on matters in hand in the UK.

Newmarket is hosting the Cambridgeshire Festival on its famous Rowley Mile, and Saturday’s line up features a trio of eye-catching renewals.

The Cambridgeshire Heritage Handicap pits 30 horses against one another in a race that will punters with an interest on the edge of their seats, while the Middle Park Stakes is a Group 1 affair with potential repercussions for next season’s 2000 Guineas.

But the standout, for our money, has to be the Cheveley Park Stakes, another Group 1 encounter that has a habit of identifying elite-level fillies early in their career. One such was Special Duty, who went on to land the 1,000 Guineas the following season.

An eleven-horse field will assemble for the 2018 edition, assuming there are no late non-runners, and with most betting firms paying three places punters will be eagerly eyeing up the racecard.

Here’s our thoughts on the leading contenders for the Cheveley Park Stakes 2018.

Racing historians will note that the first horse to win the Cheveley Park Stakes and 1,000 Guineas double was called Pretty Polly way back in the 1900s, so the omens are good for this Michael Bell trained filly.

With Group 1 success (Prix Morny in August) to her name, Pretty Pollyanna blitzed the field in the Duchess of Cambridge Stakes at Newmarket in June.

By that reckoning, she is streets ahead of the field and considered one of the finest two-year-olds around; barring an overnight downpour, Pretty Pollyanna is a fantastic price at 11/8.

The John Quinn horse will renew acquaintances with Pretty Pollyanna on Saturday after finishing second behind her rival in that Prix Morny renewal.

It’s been an otherwise excellent start to her career for Signora Cabello, with four wins from her last five starts and a pair of those being decent Group 2 outings.

Quinn himself has called the filly ‘the best two-year-old filly I’ve ever trained’, and is undaunted at the prospect of tangling with Pretty Pollyanna once more. “The way I look at it is it’s a different day and a different racetrack. All we can do is get there in the best shape we can and go from there,” he said.

She will give Pretty Pollyanna a stern test, you would think, and if you are placing a system bet then an each way flutter is a smart move.

Aidan O’Brien has taken the spoils in each of the last two editions of the Cheveley Park Stakes, with Brave Anna cleaning up in 2016 followed by Clemmie 12 months ago.

And so much is expected from Fairyland, his headline act on Saturday.

The filly actually bettered Pretty Pollyanna in the Albany Stakes, but a fairly tame effort last time out – winning the Lowther Stakes by a nose from the unfancied Mackem Bullet – has cooled expectations somewhat.

She’s beaten some good horses in her short career thus far, however, and so the question pondered is whether she can make the step up to Group 1 company.

The Lavery yard offer up Lady Kaya as their best bet, a horse yet to run outside of Curragh.

A strong showing in the Moyglare Stud Stakes last time out indicates the Irish raider can challenge, but one win in four starts perhaps isn’t the best guide ahead of a decent Group 1 test.

This is the horse’s first appearance outside of her homeland too, which also has to be taken into consideration.

Another O’Brien fancy is So Perfect, who really impressed when running against the colts in the Phoenix Stake last time out.

That followed a decent win at Curragh, where she bested the talented Skitter Scatter, and prior to that she was barely a length back from Signora Cabello in the Queen Mary Stakes.

There’s plenty of quality at the head of the market in Pretty Pollyanna, Signora Cabello and Fairyland, but an each way flutter on So Perfect might just yield results if the O’Brien horse can squeeze into the picture.