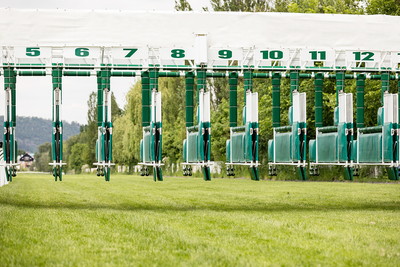 There really aren’t many chances left for owners, trainer and indeed punters to get stuck into classy Group 1 encounters this flat racing season.

Other than the St Leger and the Ayr Gold Cup, the Haydock Sprint Cup is one of the last opportunities to land a prestigious title and a handsome paycheque into the bargain.

We’ll find out a bit more about the best sprinters in the UK and Ireland at the festival this weekend, with softer conditions just helping to slow the 6f encounter into a real battle, rather than a blink-and-you’ll miss it affair.

Mind you, it was a sludgy old renewal 12 months ago on heavy ground, and it was there that Harry Angel asserted his position as the quickest sprinter in the game.

Just a matter of weeks after claiming the Darley July Cup, the four-year-old romped home in the Sprint Cup to confirm what most already knew: he was the best in the business.

But after pride comes a fall, and two curious performances – one when beaten into fourth in the British Champions Stakes, another when last-but-one in the Diamond Jubilee Stakes – have caused punters to twitch.

Indeed, you might even go as far to say the door is ajar for a surprise winner, given that Harry Angel is a comprehensive 5/4 favourite.

So where does the smart money lie? Here’s your horse-by-horse guide to the 2018 Haydock Sprint Cup.

A two-time winner at Haydock Park, there was significant consternation when he became spooked when entering the stalls at Ascot last time out. That caused an injury of sorts, and he ended up running a pretty terrible race to finish eleventh in the Diamond Jubilee Stakes.

If we can forgive that as a one-off, rather than par for the course, the soft going at Haydock – aided by some further rain in the forecast – will be right up his street.

Fine efforts in the Breeders’ Cup and the Maurice De Gheest Group 1 Stakes (see table below) really caught the eye, and yet in domestic terms the three-year-old is yet to really blossom.

But he did win the Reef Stakes in September last year; a renewal also won by Harry Angel prior to his Sprint Cup success.

The Sprint Cup has typically been the preserve of younger horses, and in the past two decades or so there’s been only two winners aged six or older.

So the weight of history does not fall kindly for 6yo The Tin Man, who has won just once in the past calendar year.

But trainer James Fanshawe has previous in this renewal, and a third place in last year’s Sprint Cup hinted that this old stager can still hang with the young guns.

One of the form horse heading into the Haydock Park meeting is Sir Dancealot, who has won three of his last four starts.

But there’s a lack of Group 1 success on his CV, and most of his best days have come at 7f.

Fourth in the July Cup and third to Harry Angel, there is a chance he can breach the places, although at the prices The Tin Man might be the wiser choice.

The five-year-old loves a scrap on soft ground, so if the expected rainfall does fall on Haydock then he should into your thinking.

Second in both the British Champions Stakes and last year’s Sprint Cup, that highlights both his shortcomings and his ability to get into the frame.

The concern is that no run since May means rust is likely.

Soft ground will presumably rule Brando out of the running on Saturday, with the six-year-old showing little penchant for such conditions.

Henry Candy is a two-time winning handler in the Sprint Cup, and it wouldn’t be earth-shattering if Limato could get the job done.

This is a horse that has operated at an elite-level before, including a second place by one length to Harry Angel in last year’s July Cup.

The major concern is that he hasn’t run at Haydock Park since 2015.