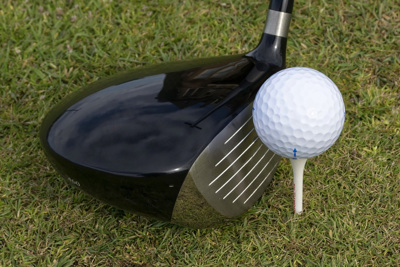 In yesterday’s piece in this very column, we offered five reasons why Europe will win the Ryder Cup 2018.

To add some meat to the bones, we’ve scoured the sub-markets offered by a range of bookmakers that should help to identify other value bets for punters seeking a nice profit from the biennial golfing super-spectacle.

So here’s some ideas that could help you to enjoy the Ryder Cup even more than usual!

All of the side markets in the Ryder Cup 2018 betting stakes are subject, to some extent, to the pairings for the fourballs and foursomes, which will be announced later in the week.

That said, there are some players with outstanding Ryder Cup records who we expect to shine once more, and those who appear to be less than comfy in the team environment.

From an American perspective, the true standout player is Patrick Reed, who boasts a phenomenal record in this competition.

He’s a patriotic sort, and he’s actually saved many of his best performances for the Ryder Cup; as highlighted by a win ratio of 77.78% – the highest of the American squad – and a run of form in Ryder Cups that reads W6 D2 L1.

Since the last edition he’s gone out and won his first major, the 2018 Masters, and the Texan won’t mind the wind should it blow in Paris.

At 9/1 to be Top American, he represents fantastic value.

Nobody has a better Ryder Cup record than Ian Poulter as far as the Europeans are concerned, but just look at the CV of Sergio Garcia in the competition: W19 D7 L11 really is a fantastic effort.

One of the advantages to Team Europe is that the Ryder Cup will this year be hosted by the Le Golf National club, a venue that also welcomes the Open de France every season.

That is an event which Francesco Molinari has nearly won on three separate occasions, which hints at absolute comfort on the course, and the Open Championship winner now also has the swagger that being a major champion affords.

The Italian’s long, straight driving will put plenty of pressure on his opponents, and 2018 has been such a good year for Molinari there’s no reason why that cannot continue in the Ryder Cup.

To Score Most Points

A few different firms have priced up paired matches, with the aim of finding the player we believe will win more points than the other.

There are a few different options, but two in particular stand out. Reed to beat Jordan Spieth looks to be an absolute doozy at 20/23. We’ve spoken about Reed’s outstanding Ryder Cup form already, while Spieth is haplessly out of form, failing to make the Tour Championship for the first time in his career and barely looking likely to win in the past six months.

Elsewhere, we’re also having a small wager on Tommy Fleetwood to outperform Jon Rahm at 20/23.

The Spaniard is a combustible sort, and while he is an imposing figure both physically and in golf terms, that hot-headedness could come back to haunt him in the matchplay format.

Fleetwood, on the other hand, is a rather more laidback character, with his best friend on caddy duties and a relaxed persona that comes from being rather satisfied with your lot.

He’s a damn good player too, and his ability to pepper the greens makes him an ideal candidate for the matchplay format over more erratic sorts like Rahm.

We’ve decided to eschew the Top European Debutant market; a strong case could be made for most of the five candidates.

So instead we’re focusing on the American version, in which there are just three rookies to choose from: Justin Thomas, Bryson DeChambeau and Tony Finau.

In Thomas, we have a former world number one and FedEx Cup champion, a major winner and a player with nine PGA Tour titles to his name.

DeChambeau has won three times this year, but he’s another slightly intense individual who might come in for some stick from the home support for his slow play.

Finau, a premium ball striker, perhaps lacks a bit of ‘X Factor’. He’s only won once in his whole career, and an occasionally weak putting stroke will come under intense scrutiny in Paris.

Consequently, Thomas’ price of 5/6 to be Top American Rookie looks to be an absolute steal.