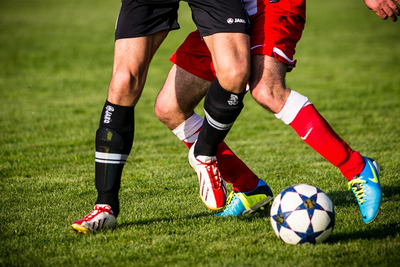 Tottenham and Liverpool lock horns in a fixture which may have far-reaching consequences in the race for a top four finish; or of even more significance, if either side can sustain a title charge.

It’s a game between two dynamic, expansive sides that surely promises excitement in abundance, as the last five league meetings between the pair have served up.

This titanic fixture at Anfield was bookended by two extraordinary moments of footballing magic.

With just three minutes on the clock, Eric Dier played a casual ball that was intercepted by Mo Salah, who slotted home, and that was a lead the Reds held for the vast majority of the match until a manic last 15 minutes.

In the 80th minute Victor Wanyama blazed home a fantastic long-range strike after Loris Karius had punched a corner clear, before Salah thought he had won the contest with a sublime injury time goal in which he jinked past three men before chipping the ball over Hugo Lloris.

Sandwiched in-between was a missed penalty from Harry Kane, who himself had gone down rather easily under Karius’ challenge.

But the England frontman did what all quality strikers do: dust himself down and make sure he takes the next chance that comes along.

That chance came from the spot once more, as Erik Lamela was felled in the area. Kane stepped up, smashed the 95th minute penalty home and all but ended Liverpool’s already-thin hopes of winning the title.

Another early goal, and another monumental performance from Harry Kane.

The England number nine took advantage of a hapless performance from Liverpool centre back Dejan Lovren, scoring twice and creating another for Son Heung-Min, as Spurs ran riot at Wembley.

Lovren was eventually substituted after just half an hour, and he looked light years away from the World Cup finalist he would become less than a year later.

Mo Salah reduced the Reds’ arrears but Dele Alli complete the scoring just before half-time. This was the second time that Tottenham had stuffed Liverpool by three or more goals in less than a decade.

While Tottenham had ended Liverpool’s title hopes in their most recent clash, the boot was on the other foot back in February ’17.

At that point, Spurs were on run in which they had lost just once in 15 league starts, and they were hot on the heels of leaders Chelsea.

But Liverpool, without a win in five themselves, were able to dent their old rivals’ title aspirations thanks to two goals from Sadio Mane; the forward they had missed so badly while he was away on African Cup of Nations duty.

The Reds had won a solitary game in the Senegalese ace’s absence, but he showed just what he was capable of with a brace of goals and a performance of outstanding quality – similar to what we have witnessed so far in 2018/19.

The pair met early in the 2016/17 campaign, and it was Liverpool who had the best of a pulsating clash.

They had taken the lead through a James Milner penalty, and Spurs were indebted to Danny Rose when he popped up with a second-half equaliser.

There was controversy as Liverpool had a goal ruled out for a questionable offside call, and Joel Matip also hit the bar as the Reds laid siege to the Spurs goal.

There’s a theme developing here of one of the sides depriving the other in their title quest.

Once again it was Liverpool doing the damage to Tottenham’s hopes of silverware. Spurs dropped two points at Anfield to leave the gap to four to would-be champions Leicester City, with six games left to play.

The Reds once again dominated, with Lloris keeping Spurs in the hunt with a catalogue of fine saves.

It was left to that man Kane to continue his fine scoring run against the Reds and cancel out Philippe Coutinho’s opener.

But for one Lovren ‘inspired’ half hour, Liverpool have certainly enjoyed the upper hand on Tottenham in recent years.

The fact that Mo Salah scored home and away against the Londoners last season is also a point of interest, with Liverpool to Win & Salah to Score First available at a princely 5/1 with the bookies.

Harry Kane, rested for England’s game on Tuesday remember to ensure he was sharp here, also likes a goal in this fixture, and more conservative punters may follow in a ‘bet builder’ style wager of Kane to Score Anytime and Both Teams to Score – that’s landed in four of the last five – at 7/5. 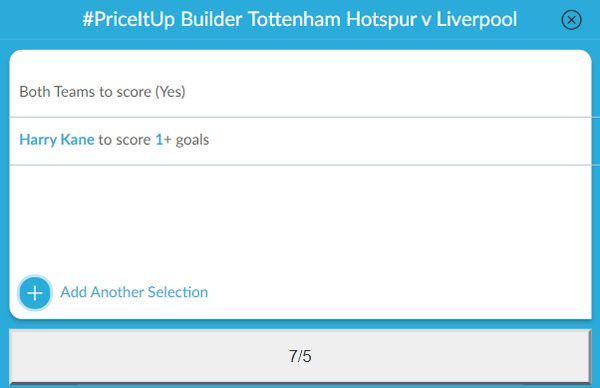