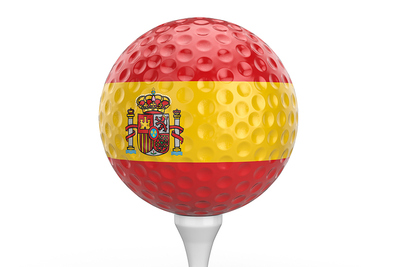 When it comes to sports betting, one of the first things punters have to look out for is current form.

It doesn’t matter if you’re wagering on football, horse racing, tennis, cricket, snooker….or anything else, for that matter. Backing teams/players in form is the smartest way to go about securing long-term profit.

Occasionally, however, there are other factors to consider, and in a sport like golf often punters have to keep an open mind about a variety of variables.

The Importance of Form

One of those is course form, the age-old debate about whether past performances at a particular course are worth noting.

Can an out-of-form player suddenly produce a good performance because they are at a course they love?

Can an in-form player make a mockery of past failures at a specific layout simply because their confidence is high?

These are, unfortunately, rhetorical questions with no concrete answer.

However, there is a theory that suggests that Valderrama, a supremely-difficult course that hosts this week’s Andalucia Masters on the European Tour, does reward those ‘horses for courses’ with plenty of good memories in the tank.

Just look at the records of the likes of Sergio Garcia, Joost Luiten, Padraig Harrington and Soren Kjeldsen at this layout; not only do they routinely play well in this part of southern Spain, they often win titles or get right into contention here.

It’s a fascinating angle for punters to follow in this week….

Valderrama is, undoubtedly, one of the best golf courses in Europe.

The principle reason is that it is hard but fair, and while decent winning tallies are possible – Garcia triumphed at -12 in this event 12 months ago – there is also the other side to Valderrama; as evidenced at the Open de Espana in 2016, when Andrew ‘Beef’ Johnston won at +1.

Unlike many of the more contemporary courses out there, Valderrama doesn’t rely on pure length as its main defence against the modern player armed with high-tech clubs. The fairways are lined with thick trees, which means that a lot of irons have to be hit off the tee to ensure prime next shot location.

In addition, errant drives are gobbled up by the thick rough, while wayward approaches into these small greens also bring the dozens of bunkers and water hazards into play.

Factor in a stiff(ish) breeze, and you can see why many have sleepless nights ahead of a trip to Valderrama.

We’ve mentioned his love of Valderrama already, and the concern for everyone else in the field is that Sergio is playing some good golf heading into the tournament.

A top-10 finish at the Portugal Masters prefaced his efforts at the Ryder Cup, where he won three points from four matches.

The Spaniard loves playing on home soil, and with wife Angela prowling the fairways with him you suspect that Garcia will be feeling completely comfortable this week.

And that’s the rub for punters, given his odds of 9/2 to lift the trophy. It is, without doubt, too short a price to back with any confidence, and yet at the same time we recognise he is the most likely winner – especially when the next three in the betting (Shane Lowry, Lee Westwood and Kjeldsen) are hardly prolific champions these days.

The outright market may be one to avoid at all costs this week….

That’s not to suggest there isn’t any betting value to be enjoyed at the Andalucia Masters.

After a number of months off recovering from wrist surgery, Joost Luiten makes his long-awaited return at a course he loves. The Dutchman has finished second here in both 2016 and ’17, and while rustiness may just count him out of the title picture, at 11/8 to land a Top 20 Finish punters should be on side.

And in the same market we feel there is just enough juice in the 5/2 available about Wade Ormsby. The Aussie played some nice stuff at the British Masters last week, and recorded a top-five finish at Valderrama 12 months ago. He is a former winner at another densely tree-lined layout at the Hong Kong Open, and so he should enjoy himself this week.

We’ve saved our best bet for last, which may be a short odds affair but it’s one that looks almost bulletproof: Jeung-Hun Wang to be Top Korean over Soo-Min Lee and Rak-Hyun Cho at 4/5.

He’s been playing some nice stuff of late, and his top-30 finish at the British Masters was supplemented by ranking fifth for Greens in Regulation.

Lee, meanwhile, has missed four of his last six cuts, while Cho – a 500/1 outsider for the event – has missed the weekend n each of his last four outings.