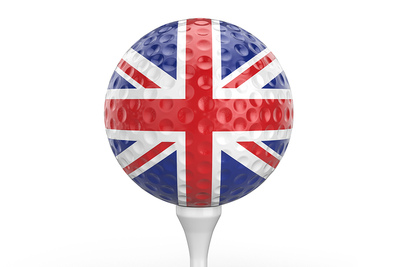 The success of Team Europe in the Ryder Cup has triggered a real interest in the sport on these shores.

Some decent attendance figures were recorded at the Alfred Dunhill Links Championship in Scotland last week – despite the awful weather, it must be added.

The reignited passion should continue this week at the British Masters, an event that went AWOL for a number of years before being revamped by the Sky Sports brand.

As such, you expect the usual Sky hype and razzmatazz, but look beyond all that and you will find a cracking little tournament played at a beautiful course….and some rather familiar faces.

Hosting duties have been assigned to Justin Rose, the FedEx Cup champion who played his part in European Ryder Cup glory just a few weeks ago.

He will be joined by his teammates Francesco Molinari and Tommy Fleetwood, who will rekindle their ‘Moliwood’ bromance from the Ryder Cup which saw them bag nine points for their side, and Thorbjorn Olesen.

Other players of note include Eddie Pepperell, Shane Lowry and former Masters champion Charl Schwartzel, amongst others.

The British Masters will this year be played at Walton Heath in Surrey, where an ill wind is blowing.

Okay, it’s not an ill wind, but gusts in excess of 20mph are expected this week in the area and that will add a coastal feel to a rather homely, inland part of the country.

The firmness of the greens and the long, fescue rough is also akin to a Links layout, and it will come as no surprise to learn that a number of players comfortable in those surroundings qualified for the US Open when this layout was used for qualifying: think the likes of Olesen, Matt Southgate, Ryan Fox, Andrew ‘Beef’ Johnston and so on.

The track could play quite long at 7,400 yards if head or cross winds are blowing, and with this Old Course a challenging layout at the best of times, it could descend into something of a grind for players this week.

Given what we’ve outlined in our course notes, players that are comfortable in the wind and who can keep their ball in play are gold dust this week, and so one name that immediately jumps off the page is Francesco Molinari. 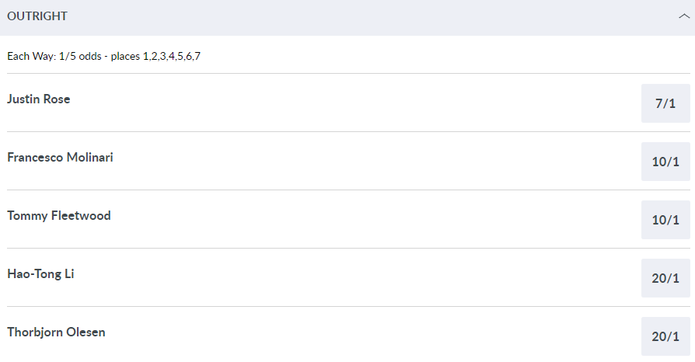 The Italian won the Open Championship on the Links of Carnoustie, and his performances in winning five out of five matches at the Ryder Cup, again on the Links of Le Golf National in Paris, shows just how comfortable he is in the conditions.

One of the straightest hitters around, Molinari has gotten a taste for winning golf tournaments with three victories to his name this season, and in a field with quality at the top but little else further down the betting he has to be backed at 10/1.

Tournament hosts typically struggle and so we can discount Justin Rose at a short 7/1, while Tommy Fleetwood – who has the game to win this week, make no mistake – has played a lot of golf lately an could probably do with a break to reflect on his Ryder Cup heroics.

Olesen, at 20/1, is certainly an intriguing proposition for punters, but his ability to stick in a bad round is just enough to put us off.

The themes of long, straight hitting and Links form serve up a couple of other contenders to consider at juicy numbers.

Haotong Li (30/1) really impressed at the Open Championship in 2017, and followers since have been occasionally rewarded by the Chinaman’s brilliance. He combines length and accuracy off the tee, and proved his worth on the Links last week with a top-five finish in the Alfred Dunhill Championship.

What a first visit to the @dunhilllinks Winning the Pro-Am with my sponsor @WeChatApp Allen Zhang ??? pic.twitter.com/MXdwVkvefX

Chris Wood (33/1) has been in good form lately, finishing second at the KLM Open and 12th at the Portugal Masters. We wouldn’t get too hung up on a missed cut at the Alfred Dunhill last week – he shot -1, which is no catastrophe, and besides which the pro-am format doesn’t suit everyone. Don’t forget, the Englishman has won in the English heartland at Wentworth before.

Finally, how about a look at Brandon Stone, who certainly ticks plenty of boxes at 66/1 this week. The South African won at the Links in the Scottish Open in the summer and finished tenth at the Alfred Dunhill last week. Sandwiched in-between was his best performance in a major: 12th at the PGA Championship.