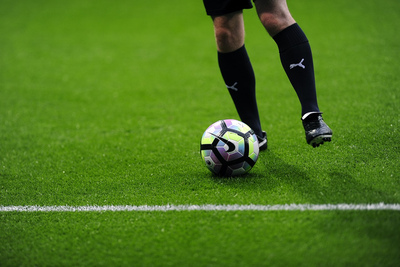 At around 10pm on Wednesday, we will be ‘over the fold’ in the Champions League group stage, and have an excellent idea of who will progress into the competition’s last 16.

This week’s action sees the return leg of the middle set of fixtures, with opponents renewing acquaintances just a fortnight after they least met.

There is lots at stake, with points to be won and top two finishes to confirm at the earliest possible juncture. For some, the lure of moving across to the Europa League is a rather mouldy carrot but one that can bring riches of its own.

It will be fraught this week, so can we take advantage by landing some tasty Champions League betting tips?

Welcome to Hell! That’s the greeting the Liverpool players will receive at the Rajko Mitić Stadium, where the blood red, graffiti players’ tunnel resembles the worst kind of subway underpass imaginable.

And that’s only part of the nightmare, with the Red Star fans inside the stadium known for offering opposition players a rather ‘unfriendly’ welcome; so much so, the Albanian heritage of Xherdan Shaqiri makes him a target for this rabid bunch of Serbians, and so the left-footed creator has been left back in Merseyside.

Red Star drew 0-0 with Napoli on home soil in the Champions League, and they really will prove to be a tough nut to crack in front of their own supporters; particularly for a Liverpool side that is likely to be rotated given Jurgen Klopp’s desire to keep all of his players fresh and firing.

If you’re looking for a ‘bet to nothing’ on Tuesday, or as close as you are likely to get in football, Red Star can be backed at 4/5 with a +2.00 Asian handicap. If they lose by two goals your stake will be refunded, and if they lose by one, draw or win then the selection lands.

It’s almost all-or-nothing time for Tottenham, who have to win here and hope that Barcelona can defeat Inter Milan in order to keep the Londoners’ dream of a last 16 berth alive.

Spurs dominated PSV in all measures of footballing success bar the one that really matters, the final score, but back at Wembley they will be confident of at least holding up their end of the bargain.

However, they do have some problems, with midfielders Eric Dier, Victor Wanyama and Mousa Dembele all sidelined with injury, and defenders Jan Vertonghen and Danny Rose still on the treatment table.

PSV, who have now won eleven games on the spin in the Eredivisie, will have an element of confidence about them, and 7/10 about Both Teams to Score is more than fair given Tottenham’s lengthy list of absentees.

Juventus’ home record in the Champions League is unbelievable: in the past decade, only Real Madrid, Barcelona and Bayern Munich have beaten the Old Lady in Turin!

Can we put Manchester United in such illustrious company? Not right now you wouldn’t, and it will be interesting to see how Jose Mourinho sets up his side on Wednesday.

The Special One would love nothing more than gain a point in Italy, but will he park the bus or try to meet Cristiano Ronaldo and co head on?

The latter option might be football suicide given how well Juventus defend, so expect a slow-burning grind with Mourinho happy in his role of chief spoiler.

A princely price of 5/6 awaits punters willing to back the Under 2.5 Goals line.

There has been plenty of goals in Group F thus far, and with both of these teams rather keen on taking the three points there’s no reason to suspect anything else once again.

Victory for Manchester City will all but seal their spot in the knockout phase with two games to go, and that’s a genuine carrot for Pep Guardiola to field a strong side here.

Shakhtar, meanwhile, have just two points thus far, and even if they haven’t given up on a top two finish they still need to kick on to finish third in the group and thus move into the Europa League last 32.

There’s a few injuries in the City camp, and with the Manchester derby on Sunday Pep will be reluctant to risk anyone who is struggling for fitness.

Shakhtar, with draws against Hoffenheim and Lyon, are no mugs, and while we don’t expect them to win on Wednesday backing them with a +2.50 Asian handicap at 97/100 is a canny investment.