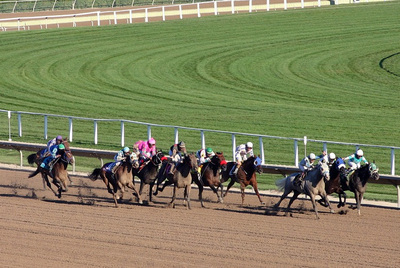 The Breeders’ Cup Classic, which aims to crown the best thoroughbred race horse in the world, also happens to be one of the richest too, with a total purse of some $6 million.

So there will be plenty of interest in Saturday’s edition of the race, which take place as part of the Breeders’ Cup meeting at the Churchill Downs track in Kentucky. As the location suggests, Churchill Dow hosts the Kentucky Derby and the Kentucky Oaks, and so is a fitting venue for elite-level racing with more than 100,000 likely to be in attendance.

The Americans tend to dominate on home soil, with the Bob Baffert yard winning every edition between 2014-16. His dominance was ended by the brilliant Gun Runner, a outstanding horse who also triumphed in the Pegasus World Cup earlier in the year.

That said, there is a strong European contingent making the trip to Kentucky this weekend, and one or more of them could have a say in the destination of this illustrious title.

Here’s a look at what punters can expect from a soggy Churchill Downs, and a look at the key runners and riders set to challenge for honours.

Wet and Wild in Kentucky

The biggest news item ahead of the Breeders’ Club Classic 2018 is the amount of rainfall that has fallen on Churchill Downs.

The weather has been apocalyptic in Kentucky, with millimetres of rain falling in just a couple of hours overnight on Wednesday and into the early hours of Thursday.

All of which has left the Downs looking rather soggy, with standing water on the track, and ground staff will have their work cut out if they want to deliver fast conditions in time for Saturday’s Classic.

The good news is that the forecast is a bit brighter for Louisville in the next 24 hours or so, with the rain stopping and the sun coming out on Friday.

Even so, the damage may already have been done, and a yielding surface looks likely to greet the runners and riders on Saturday.

Of course, rain, soft ground and cool temperatures play into the hands of the European contingent making the trip across the Atlantic.

Roaring Lion, John Gosden’s brilliant three-year-old, won the Queen Elizabeth II Stakes just a couple of weeks ago, and that follows success last season in the Irish Champion Stakes, the Juddmonte International Stakes and the Coral-Eclipse; an exceptional CV.

Unfortunately, an inside draw in stall two means that Roaring Lion will have to do some hard running early on to stay in contention, and in soft conditions that is not ideal for a horse who is generally considered a champion on faster surfaces.

It’s not impossible but certainly improbable that Roaring Lion will win, as highlighted in his odds weakening from 6/1 to 10/1 since the draw was made.

Instead, Euro fanciers are more interested in Mendelssohn, the Aidan O’Brien horse who has been handed an agreeable stall nine draw.

The three-year-old has bits and pieces of form worldwide, but his form on the US dirt is not great having failed to win any of his last three starts here. To make matters worse, Mendelssohn has been beaten by the likes of Discreet Lover, Catholic Boy and Thunder Sow, who are all in the field here.

Thunder Snow, meanwhile, will also have to defy an inside draw in his quest for another elite-level victory on US soil. He won the Dubai World Cup earlier in the year, and so at least pedigree at this standard. Even as long as 16/1, he is arguably Europe’s best bet for a Breeders’ Cup Classic win.

No Justify But US Hopes Still Strong

It’s a crying shame that Justify won’t be able to compete for a fourth major title.

The Bob Baffert horse, who has won the Kentucky Derby, the Preakness Stakes and the Belmont Stakes, as well as the Santa Anita Derby, was forced to retire in the summer after being unable to shake off injury.

It has hurt the Breeders’ Cup as a spectacle, and ended Baffert’s hopes of a second ‘Grand Slam of thoroughbred racing’, as claimed by American Pharaoh in 2015.

There is still a lot of quality on show, however. The bookies’ favourite is Accelerate, who will have to defy a draw in the outside lane; historically not a good place to be at the Downs.

Mind you, that might not stop the five-year-old, who has looked unbeatable on the dirt in 2018.

The three-year-old, Mckinzie, showed a tremendous turn of pace in winning the Pennsylvania Derby, and comes with the famous ‘Baffert’ name attached. But little is known of his quality, and if this does turn into a trudge on the sludge then you wouldn’t see much money coming in for such an untested horse.

It’s been a good couple of months for Catholic Boy, who has won a trio of outings including a decent Grade 1 in the Runhappy Travers Stakes last time out. Again, can we back a three-year-old in slow conditions?

For us, Accelerate could well make history on Saturday.